This archive and collection of photographs is the work of one man over almost 20 years. Tony Bluett is a retired chemist living locally in Clonakilty. Originally from Limerick, he moved to Clonakilty, having purchased Cockrills chemist shop on Pearse Street in an executor sale. From 1958, when he first arrived in Clonakilty, he worked from his shop on Pearse Street until he retired in 2005.

Newly married; he arrived in Clonakilty with very little – a motorbike, a camera and an interest in taking photographs.

The first official event recorded in Clonakilty was in the spring of 1958, shortly after Tony and his wife Nan arrived in Clonakilty, and was a road bowling competition organised by The Miles bowling club. Tony had been noticed taking photos around the town and was asked by a club committee member to record the event. Tony developed the photographic negatives himself overnight and displayed the prints in his chemist shop window the next day.

The impact was immediate and dramatic. Crowds gathered around the shop window to see the photos. It was not only the quality of the prints that attracted attention. It was also the speed with which they had been printed. Many more commissions followed in the weeks and months afterwards. And from then on if there was a social gathering – Tony was there with his camera, recording the event.

The first photographs were taken with a Zeiss camera. Within a couple of years, Tony progressed to using a Leica M3 camera and a Roloflex. He had experience of professional photography before he came to Clonakilty and saw a ready market for good quality photographs sold at a reasonable price. His ‘next day’ film processing service was also a winner.

Tony set up his own photographic negatives developing room over the shop on Pearse Street – the ‘darkroom’ as it was known. He provided a ‘next day’ processing service which was something unheard of in the 1960s. Before this it could take three weeks to get your negative film developed via a postal service to O’ Briens photolab in Fermoy.

The archive of negatives has been fully digitised and comprises over 60,000 individual photographs. The process of cataloguing this vast collection is currently underway. Once the cataloguing reaches a sufficiently advanced stage, the archive will be released to the public in stages.

The photographs were taken locally in and around Clonakilty. The photos were taken in the town and its immediate hinterland including the areas of Ardfield, Rosscarbery, Rossmore, Ballinascarthy, Timoleague and Courtmacsherry and all points in between.

The collection is almost exclusively in black and white and covers all aspects of the social and cultural life of the area. Events photographed include sporting fixtures, social functions and religious events. First Communions and Confirmations feature as do Eucharistic processions. In the 1960s it became a rite of passage for boys and girls to have their First Communion and Confirmation photographs taken over the shop in ‘Bluetts’.

Tony built up a wedding photography business as well. He was commissioned to photograph over a thousand weddings between 1958 and 1975. None of those photographs are included in the archive. 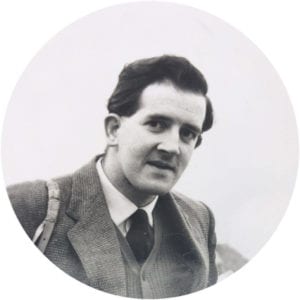 This archive and collection of photographs is the work of one man over almost 20 years. Tony Bluett is a retired chemist living locally in Clonakilty.

All images displayed on this website are copyrighted, and have been scaled-down and watermarked to prevent unauthorised use. If you would like to use any of the images within this archive, please contact us for more information: